An exhibition of works by Czech, Polish, Slovak and Hungarian designers
Venue: New Budapest Gallery, 1093 Budapest, Fővám tér 11–12.
Date: 9 April – 15 May 2016
The exhibition is a program of the Budapest Spring Festival

Open daily except Mondays, from 10 am to 6 pm

Exhibition opening and presentation of the Design Without Borders Award on 9 April, 2016, beginning at 6 pm

Opening speech will be delivered by Beata Jaczewska, Director of the International Visegrad Fund

Our hostess for the evening is Nóra Teszári, television moderator and anchor-woman

The exhibition entitled Design Without Borders will be on view for five weeks. The exhibition consists of madeinhungary, which is being held now for the eleventh time, and MeeD – Meeting of European and Central European Designers, which is being held now for the fourth time. The show, which is being coordinated and organized by textile designer Szilvia Szigeti and interior designer Tamás Radnóti, will present objects and collections created by independently working Czech, Polish, Slovak and Hungarian furniture, textile, industrial and interior designers.
In collaboration with the MOME+ program, a special section of works from the exhibition presents compositions by young designers who received their diplomas from MOME – Moholy-Nagy University of Art and Design last year, as well as works from the collaborative project entitled “Texhibition”, undertaken by textile designers and manufacturers active in the field.

The goal of the award is to draw attention to the potentials innate in design and the importance of patronage, in particular with regards to the countries of the Visegrad Four.
The promotion of creativity is a high priority, especially in view of the economic and industrial circumstances of the region, since in the absence of an industrial background designers in many cases have to develop their collections independently, and they often operate as one-person enterprises, performing all activities, from product development to execution and marketing, without any outside assistance.

The exhibition, which was made possible by the support of the International Visegrad Fund and the National Cultural Fund of Hungary, created an opportunity to establish the Design Without Borders Award, to which the CIG Pannonia Life Insurance Plc. and the CIG Pannonia First Hungarian General Insurance Ltd. pledged significant financial support, in harmony with their creed:
“The aim of the event and the award itself and the guiding principles of the acknowledgement bear many similarities with the entrepreneurial values and objectives of the CIG Pannonia. As a young Hungarian insurance company, we regard continuous innovation and individual, professional service for our clients as indispensable. We are particularly enthusiastic about the event’s regional nature, as our company is also present in several countries of the region.”

Of the nearly one hundred designers featured in the exhibition 11.madeinhungary+4.MeeD, three will be awarded this recognition. In the selection process a jury consisting of people active in the profession will assist the work of the founders.
The board will recognize objects and collections built on innovative, original ideas that are in sync with the region’s economic and industrial background without any constraint with regards to genre.

The three awardees will each receive 300,000 HUF as a concomitant of the award.

As usual, the organizers have placed considerable emphasis on the arrangement of a comprehensive professional expo-day, on which a series of 10-minute-long presentations by the artists and their collaborators will be held, along with lectures on various important international projects, such as the scholarship opportunities offered by the Akademie Schloss Solitude in Stuttgart and the Lodz Design Festival, one of the most important series of programs in the field.
Date and time of the professional expo-day: 10 April, 11 am to 2 pm. Location: New Budapest Gallery (Bálna), Recreation room. A detailed program is available on our website under Programs.

As part of the project initiated by textile designer Szilvia Szigeti (Eventuell Gallery), the creative work of almost twenty textile designers has been done in collaboration with textile manufacturers Csendes Textil, Lénárd Kft, Meritum Kft and Rovitex. The goal of the project is to draw attention to a branch of design which previously played a leading role, as well as the artists in this area and the creative potentials inherent in this art. The organizers will present the project, including the designers, the manufacturers and the completed textiles, as part of a separate professional day, which they anticipate will meet with considerable interest on the part of interior designers and distributors. Date and time of the professional expo-day focusing on textile design: 27 April, 11 am to 2 pm. Location: New Budapest Gallery (Bálna), Recreation room. A detailed program will be available as of 18 April on our website under Programs.

The series of programs will be further enriched by productions from other fields of the arts, such as a contemporary dance performance by the Góbi Dance Company as part of the exhibition opening ceremony on 9 April as well as part of the closing ceremony on 15 May. The production entitled Object-Space-Dance will bring the objects on display to life.
The organizers of the exhibition, together with journalists and artists participating in the exhibition, will give guided tours on several occasions. A detailed program is available on our website under Programs.

The organisers of Lakástrend Exhibition together with the famous textile designer Szilvia Szigeti and interior designer Tamás Radnóti have coordinated and organised the madeinhungary exhibitions since 2004 and the MeeD – Meeting of European and Central Eastern European Designers – exhibitions since 2012. The designer couple completed their studies at the MOME Moholy-Nagy University of Art and Design (previously the Academy of Applied Arts). Both received scholarships from the Akademie Schloss Solitude in Stuttgart. They are the founders of Eventuell Gallery and recipients of the Hungarian Design Award and the Lajos Kozma Grant. Szilvia Szigeti received the Ferenczy Noémi Award this year. Alongside their own designs in textile and interior design, they have organised nearly 200 exhibitions and programs, including exhibitions, shows of the Eventuell Gallery, the Textivals of the 1990s, and the exhibition entitled BútoroSokk (focusing on contemporary furniture design).

Brief history of the madeinhungary+MeeD exhibition

The exhibition entitled Contemporary Hungarian Furniture Collection was the predecessor of the
madeinhungary exhibitions. An independent section of the Lakástrend and Design exhibitions, it was organized annually by design critic Rita Mária Halasi between 2000 and 2003. In its current form, madeinhungary is the result of unparalleled professional collaboration. Between 2004 and 2012, it was a separate show in the Lakástrend exhibitions that were held in the Budapest Kunsthalle, the Gödör Klub and Budapest Millenáris.
In 2013 and 2014, it was organized as part of the Design Week. In 2014, we organized the exhibition in collaboration with the Budapest Gallery, and the venue was the New Budapest Gallery.
As an event of the Budapest Spring Festival, the exhibition in 2016 is again be hosted by the New Budapest Gallery.

The exhibition showcases works from the independently designed and developed collections of Czech, Polish, Slovak, and Hungarian designers – interior designers, architects, and industrial, furniture and textile designers. Organisers and participants envision this exhibition as one of the most prominent independent civil professional forums of the region and hope that it will create a basis for dialogue focusing on similar traditions and cultural roots in order to promote joint international projects and exhibitions.

Sponsors and partners of madeinhungary+MeeD
Between 2004 and 2012, the exhibition was made possible first and foremost with the organising support of Lakástrend,  Ambienta Kft. and the National Cultural Fund of Hungary, as well as the financial willingness of individual participants.
Over the course of the last four years, major financial support was provided by the International Visegrad Fund with additional funding from the National Cultural Fund of Hungary. This year the support from the CIG Pannonia Insurance Company has contributed to the foundation of the Design Without Borders Award.
Our partners include the Akademie Schloss Solitude of Stuttgart, the Design Festival of Lodz, the Slovak DESIGNBY.Sk, and the Góbi Dance Company.

Special thanks to the Czech Centre, the Polish Institute, the Slovak Institute and colleagues of the Budapest Gallery. 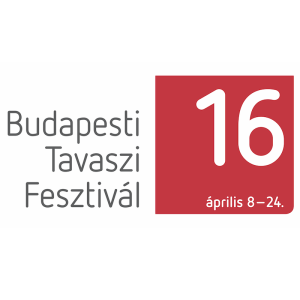